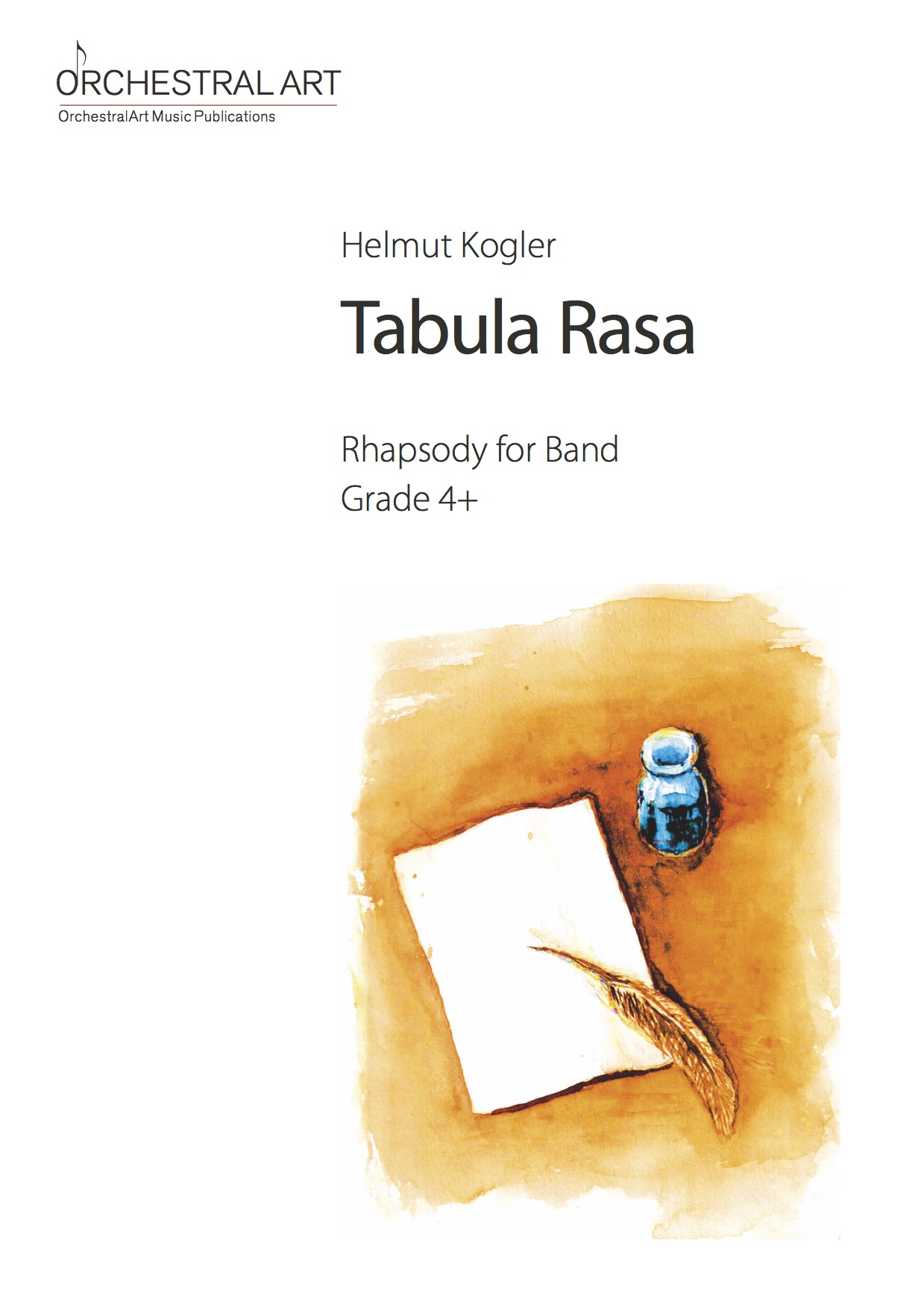 ×
The empty board, the white sheet of paper - symbols of the blank memory, free of impressions - coming experiences will shape it. Yet before, the birth - an exhausting process - the starting point of creative action. The motivation and the decision to meet a challenge, to collect impressions, to draw conclusions from experience and to acquire new skills. Memories are growing - experience, words and thoughts are written down to the board. Gradually, this single board is being filled - more and more. Sometime, it’s going to run out of space. Action desires further room, a decision must be made - Tabula Rasa - a new beginning…
Originally, the piece was written in the years 2005 to 2007 as the very first piece of the composer, however, it has been finished in 2015. The title "Tabula Rasa" refers to the composer's first attempts in writing for wind band and, furthermore, to the inevitable change of things in the course of time.
Tabula Rasa was premiered on the 12th of April in 2018 with the Upper Austrian Police Music in the Bruckner Hall in Linz.
The performance time is about 9 minutes at a difficulty level of grade 4+ (of 6).
Available at OrchestralArt Music Publications.
Demo-Score