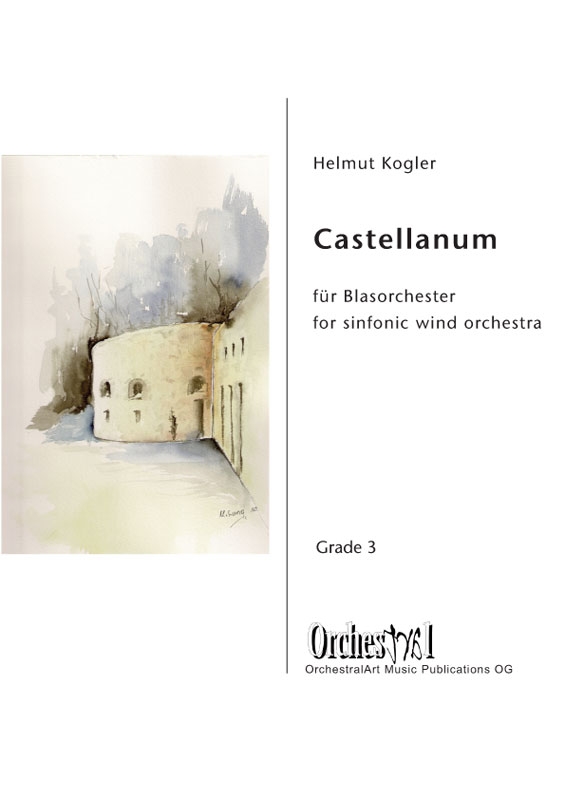 ×
Castellanum tells about the fortress of Linz, which has been built on behalf of the archduke Maximilian von Österreich-Este. Originally, this unique weir system consisted of 32 defense towers arranged around the city of Linz and, furthermore, one self-contained fort around the church on the Pöstlingberg, which is the landmark of Linz. It is remarkable, that this fortress had been abandoned without demonstrating its striking ability, ever.
Castellanum is dedicated to the Musikverein Pöstlingberg, which resides in tower I of the castle of the Maximilian weir plant.
The premiere of the piece took place on 24th of June in 2010 performed by the voestalpine wind band in the music pavilion in Linz near the Danube river. It was nominated as a test piece of the Lower Austrian Wind Band Association for the years 2017/18. Castellanum is a grade 3 piece with a performance duration of about 6:30 min.
Available at OrchestralArt Music Publications.
Program note:
Break of dawn. The sun climbs the horizon. The castle shines resplendent in early light. The view from the highest spot of the fortress is traveling across every tower around the town. Everything is prepared. The signal of the horns jumps from one tower to the other. The emperor is announced to come…
Demo-Score + Audio